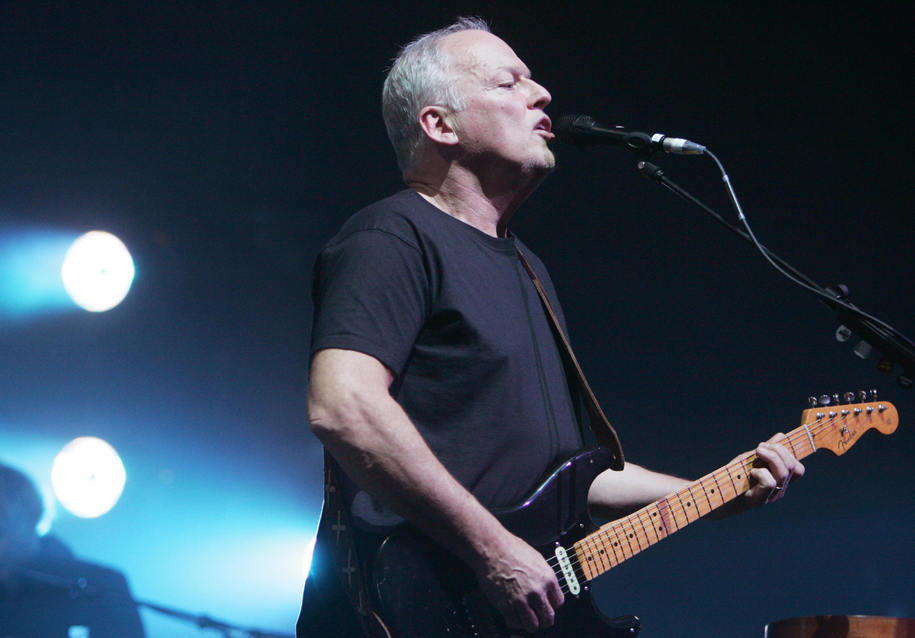 The legendary Pink Floyd lead guitarist David Gilmour had a record-setting auction for musical instruments last week.* According to Guinness, the 123 guitars Gilmour auctioned off made up the largest collection of guitars ever auctioned. The lot, which included the black Fender Stratocaster used during the making of the album Dark Side of the Moon and the song “Shine on You Crazy Diamond,” fetched $21,198,250, becoming the “most expensive guitar collection sold at a charity auction.” Then Gilmour announced on his Twitter feed what he was doing with all that money.

Quoting 16-year-old Swedish climate activist Greta Thunberg, Gilmour said that “either we choose to go on as a civilization, or we don’t.” Gilmour donated the proceeds to ClientEarth, a law-based charity that fights for climate change initiatives around the world. Shine on, Mr. Gilmour.
You can watch one of Greta’s Thunberg’s speeches below.
*Spoiler alert: I was outbid on everything.
+++++++++++++++++++
So was I, although I will admit that I only hit the minimum bid. And to Walter, sorry for lifting the entire post, but it was all needed.

Oh, and one more thing - that picture of Gilmour up there making his announcement on twitter looks like the inside of his boat. That might mean that he's recording again. Money - it's a hit.

How very White of you Joe.

There was a little girl in California who was bussed to school.

Analyzing being a centrist (which I’m not).

I handle numbers for a living, and I’ve said many times that I just don’t see how Trump carried Ohio, Wisconsin, or Pennsylvania.

In this sentence you will not find a link to The Washington Post, or The New York Times. They’re good newspapers, mostly, but they are far too biased towards the East Coast. I find that neither one of them are talking about Mayor Pete’s best moment of the night; when asked who we need to mend fences with first he pointed out that we don’t yet know who Trump will piss off between now and the end of 2020.

Can do what on 5th avenue now and get away with it?

Another reason to be afraid of Americans.

You should know how to make a Tequila Sunrise. Now that the song is in your head, please note that you MUST use Agave Tequila. 95% of all Tequila sold in the U.S. is NOT Agave. It’s the shit you use to get frat boys drunk and sailors wasted at Mardi Gras. Agave tequila is a smooth, wonderful drink. All others might get you into a bar fight. Thing is, you have to search for it. In San Francisco, for example, there is only one bar that serves it. I could do without the cherry, but that’s just me. 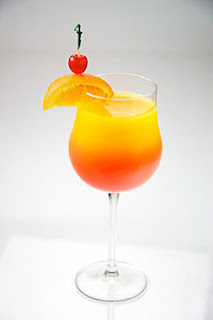 Directions
Stir or shake together tequila and orange juice. Fill a chilled 12 ounce glass with ice cubes; pour in orange juice mixture. Slowly pour in the grenadine, and allow it to settle to the bottom of the glass (be patient). Garnish with a slice of orange, and a maraschino cherry.

And because I love you, a fun Beatles cover by one hell of a band (and backing band):

Ranted by Chris Reed at 7:12 PM No comments:

So now Gerrymandering is legal. Fixing that.

The Supreme Court today, by a very narrow margin threw out over a century of constitutional law and now says that Gerrymandering is Constitutional on the state level. The vote was 5-4, Republican judges versus Democrats. Think that Garland nomination didn’t matter?

Tell you what. Let’s have California gerrymander the Republican party out of existence. It wouldn’t be all that hard. Then let’s see what they do.

So I saw the photo of Oscar and Valeria, which I will not post here. Yes, I’m pissed off.

One thing I know is that Alan Dershowitz is NOT a Liberal Democrat.

Everyone should know how to make a Tom Collins. If your bartender asks, “gin or vodka?” find yourself a new bartender. GIN. ALWAYS. GIN. The other drink is called a Vodka Collins.

And Because I love you, They Might Be Giants

Ranted by Chris Reed at 7:10 PM No comments:

Ranted by Chris Reed at 9:15 PM No comments:

I know that some of you look back at the era of Ronald Reagan as the high point in Republican politics. His big message was that people could do a better job than the government – not just with their tax dollars but with everything. Land management, infrastructure, policing, fire departments, retirement – everything. He was wrong. I’ll give some examples in a moment.

The actual high point in Republican politics in the modern era was Dwight D. Eisenhower. He was progressive and had a big hand in the rebuild of this country after World War II. He made the highway system happen – yes, the highway system we all take for granted is actually a recent invention. The idea that people could just get into a car and drive to another state for a vacation is an invention of the 1950s and 1960s. And the tax rates were the highest they’ve ever been since WWII.

The first Republican in the Presidency after Eisenhower was Richard Nixon; a racist, anti-communist crook of a man, paranoid beyond belief and this eventually led to his downfall. But how did he come to be in power in the first place? Because the Democratic party was in transition itself and was weak. They had ejected a lot of people for racism, and for supporting policies that were wedged into the past while the party leadership wanted to go forward. He was also, for a time, a good liar – you should check out his speeches about the war in Vietnam while he was a candidate; he comes across like a hippie. Ford was a steward at best. Carter was a good President, but the US got its nose bloodied by the hostage crisis in Iran and between that and gas prices, something he had no control over, Carter was doomed. Reagan was next.

And now we gat back to my original point. Reagan ran on a platform of saying repeatedly that people could spend their money better than the government could. He also embraced the “Christianist” leanings that were rising in the deep south (anti-abortion, covert racism, any beliefs that didn’t follow their strict views seen as oppressing those same views) and between those two item and the problems hung around Carter’s neck he won the Presidency easily. Every Republican since that time has run on the same platform – that taxes are too high, despite the fact that they’ve been getting lower and lower since Eisenhower. You have to figure that at some point the tax cuts go too far.

That happened a while ago. During Reagan’s time. So, let’s take Reagan’s maxim and look at it more closely shall we?

Health insurance: The idea is that your own insurance is better than anything the government can do. However – Administrative and Waste make up 13.2% of the cost of private health insurance. For Medicare it’s 5.8% (Washington Post – 2017)

Infrastructure: Well shit, do you know of ANY private companies doing infrastructure? This is a government thing, and we’re spending less and less on it.

Welfare: For every $200 in benefits, about $10 is spent in overhead (inclusive). This is an efficiency rate of 5% (Source – Forbes). In private charity, that same $200 generates anywhere between 85% and 25% going to the individuals in need of the funding. In addition, while the government has a fairly impressive track record in collecting taxes to be used for welfare, on average charities receive less than 50% of the funds pledged to them (source – Charity Navigator/New York Times).

I could go on but I don’t think it’s necessary. Following Reagan were so many republicans who had convinced themselves of Reagan’s right-ness that they started getting mean about it. Keep doing what Reagan wanted no matter the cost to the people of the country. Eventually, they even seemed to forget why. I don’t see anyone quoting Reagan anymore. Only the meanness remains.

And that has given us Donald Trump, a con-man rapist bully with questionable business credentials, and Mike Pence, a man so convinced in his own right-ness that he uses the bible to back himself up, even on the idea of using the health of children kept in cages as a bargaining chip.

You don’t work with mean. You squash it. I have said repeatedly that these are men who deserve to get their asses kicked.

They have lost the path – but the path was going to get them lost anyway.

Did you know that we attacked Iran through cyberspace at the same time that Trump sent planes, then called them off? The cyber attack wasn’t called off.

Does anybody care about covering the news about our Rapist-in-Chief?

So funny I almost forgot to laugh.

They are most certainly Concentration Camps.

For me the question is; will it be eligible for the Tonys next year?

For the life of me I can’t tell if they’re trolling or not.

I wonder how many Russian Troops are stationed in Alaska.

(In my finest southern belle voice) Why, I say, they are simply unraveling mah 1st amendment rights! It’s a scandal!

And TMZ breathlessly wonders if George Takei was there.

Here’s the thing. Cornyn wants that 1 white vote. Democrats should be trying to get all 10.

Combine everything in a shaker with ice and shake it to combine. Strain into a wine glass and garnish with a lemon.

And, because I love you, Manic Street Preachers:

Ranted by Chris Reed at 8:49 PM No comments: