And Katy Perry is a Witch.

“The crap you think of is unbelievable!”

Mike Pence will abandon you.

Scare the fuck out of misogynistic internet trolls? Yes please.

So what you’re saying is that if we knew who owned a stake in the companies that make voting machines that our trust in the sanctity of our elections would be placed in doubt?

It’s all speculation, but it makes sense.

Pull your boobs out – at first when I saw the accompanying photo I thought that Santana and Everlast had re-done that song.

Sure, I could do it – she could double-fault.

You know, as much as some people want to be Roddy Piper, that movie simply isn’t real.

Apparently, you can auction off a veto.

And because I love you and because there is nothing not awesome about this, I present Ed Sheeran with Chris Stapleton & Bruno Mars:

Ranted by Chris Reed at 7:15 PM No comments:

I’m not even going to go into Trump defying a ruling by his own Supreme Court on the census, moving from elected official territory to elected tyrant territory. Update: he instead laid it to rest in the Rose Garden.

Let’s talk about a meeting taking place today at the White House. It’s being called a “Social Media Summit”, but you will find no representatives from Facebook or Twitter or Ello or MeWe or Google or tumblr there. This is social media produced by and promoted by the most anti-social, gut-wrenchingly hideous people on the planet, including:

Face it, these are ALL fringe players on the internet. Some are loud and some had marginal influence, but all will have more after today. This is an entire panel of Sheridan Whitesides and we won’t be rid of them for quite a while thanks to this.

That last name is concerning. Brad Parscale LEFT THE WHITE HOUSE so that he could take his current job. He shouldn’t be on White House grounds at all, let alone at a meeting. You know what this is about? Strategy for the 2020 election. Making certain that everyone is on the same page. Hatch Act be damned.

As someone who has seen the real weight of the social media industry thrown around I can tell you that what the White House has done today is to invite in the fleas. We’re going to be stuck with scratching them for a while.

Cheap Shots (Ceflax, to the arm):

Okay, one thing about Jeffrey Epstein. Did he attempt to destroy all the evidence? Scroll down and look at what happened this past April.

So much for Bernie.

This is the WORST casting of 12 Angry Men I’ve ever seen. They’re all in the Jack Klugman role, except for Kushner. He’s Piglet.

Ooh, the Rightie Whities are all triggered that conservatives actually banned weren’t invited.

Pay them girls what they worth.

The Kidney has a special place in the heart. Well, not really.

And because I love you, The Kinks:

Ranted by Chris Reed at 7:17 PM No comments:

We have Concentration Camps in this country, mostly for people who were turned into criminals because the current administration has a policy of not allowing legal immigration at our southern border – forcing those who are trying to escape their former lives to break the law. Some of these people are being shipped to Guantanamo Bay.

The person who most people call our President (I’m not one of them) plans to ride a tank through the streets of Washington D.C. tomorrow.

We live in a country where his supporters have their own hand signal to signify recognition of each other.

Bill Cosby is given a sentence for his crimes that amounts to the rest of his life, and it seems he deserved it. But if you’re a white boy under the age of 20 you get to go home after a few months, or be tried like a juvenile.

We have a television channel that most people in the country have access to that is a propaganda machine for said “President”.  Radio too.

We have equalized the tin-pot dictatorship of North Korea, with only a few footsteps.

We live in a country where the propaganda channel referenced above is called TRUTH and every other news outlet, no matter how well sourced or referenced, as FAKE.

We live in a country where all of the experts on the growing climate crisis who work for the government have been told to move from Washington D.C. to Wichita, Kansas or be fired by next week.

Nazis are back. It’s my opinion that as we sent thousands upon thousand of men to their deaths to wipe Nazis off the face of he planet that no one should “get” to be a Nazi. But Nazis are back.

So are Poll taxes.

We ordered airstrikes on a sovereign nation over intelligence about two ship bombings that the people actually bombed dispute happened the way we as a nation claimed. And then the weakling in the White House changed his mind on a whim. But we cyber-attacked them anyway.

We live in a country where the people screaming the most that they are being persecuted are persecuting those who don’t follow their scriptures EXACTLY. I’m talking about Abortion, folks.

We live in a country where the “President” doesn’t know what “Western Liberalism” is. i.e. the foundation of western democracy.

We live in a country where the “President” continually badmouths, blames, and punishes cities and states that didn’t vote for him.

We live in a country where the “President” and his staff blatantly break the law daily. Sometimes Hourly. Sometimes every second. Look up Enoulments, or The Hatch Act. Why Orin Hatch, who wrote that specific law and is STILL IN THE SENATE hasn’t been up in arms over it I still don’t know. Oh wait, yes I do. They’re in the same political party.

We live in a country where the people in power lie to us so often that CNN has hired an expert on lying as a regular correspondent.

We live in a country where 2 women running for President are constantly being asked and checked on their “electability”, despite leading every man in the polls.

We live in a country where one state is actually proving that American citizens are in fact American citizens, by questioning them about the food they eat, reptiles that are native to their island, and know colloquialisms. This state requires Voter ID, so you need to know about a specific type of frog to get a drivers license. In other words, it’s a test to see if they can vote.

We live in a country where toddlers are expected to act as their own lawyer in immigration court.

We live in a country with a cognitive dissonance so great that the current party in power is cozying up to the very same people they wanted thrown out as Unamerican only a couple of decades ago.

We live in a country where we blow shit up beautifully and over-indulge in bad food and alcohol to celebrate the country’s birthday.
All THIS. Is. America.

“America is not the greatest country in the world…

“(We) sure used to be. We stood up for what was right. We fought for moral reasons. We passed laws… struck down laws for moral reasons. We waged wars on Poverty, not poor people. We sacrificed. We cared about our neighbors, we put our money where our mouths were and we never beat our chest. We built great big things. We made ungodly technical advances and explored the universe, cured diseases and we cultivated the world’s greatest artists and the world’s greatest economy.

“We reached for the stars. Acted like men. We aspired to intelligence and didn’t belittle it – it didn’t make us feel inferior.

“We didn’t identify ourselves by who we voted for in the last election and we didn’t… we didn’t scare so easily.

“We were able to be all these things and do all these things because we were informed. By great men – men who were revered. First step in solving any problem is recognizing there is one. America is not the greatest country in the world anymore.”

Actually, I suspect he wants to pop out of a tank like a stripper out of a cake, and is building up the surprise.

We’re not a country that accepts only “a step up”. We’re better than this you fucking sweat-stain. Or at least we sure used to be.

Because Trump supporters must be shown as people he’d be more likely to want to fuck.

The new favorite of Wall Street is… Elizabeth Warren? 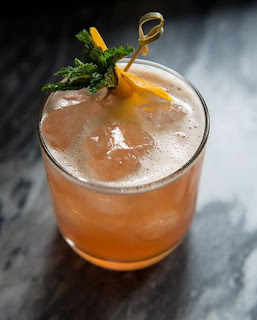 InstructionsCombine ingredients in a cocktail shaker with ice and shake. Serve on the rocks in a rocks glass. Garnish with an orange twist.

Happy 4th of July my friends. And because I love you, The Allman Betts Band. The magic truly starts about 3 minutes in:

Ranted by Chris Reed at 8:16 PM No comments: