Radio Free California Episode 2104, plus some notes and a bit of ranting.

Some notes about the last track:

I set the poem "High Flight" by John Gillespie Magee to music on January 28, 1996. I had heard the poem a lot that awful day, especially from then President Reagan. Well, specifically, I heard the last two lines. I wanted to hear the whole poem, but to acknowledge that terrible day I left out the last line.

In those days I was just a poor musician and college student and didn't have access to facilities that would allow me to record it and over time I just set it aside. I would practice it from time to time as I really like the little riff I wrote, but that was that.

Then came February 1, 2003, another terrible and unexpected day. I had been working on my new album ("The Long Goodbye") in my home studio and suddenly felt the need to drag out the old song and record it. What you hear released as a single this week is that recording.

It's a single take - the first take. Me, my 12-string acoustic guitar and my voice.

I'm going to be releasing several unreleased songs as singles over the next couple of months. This was the first.

Cheap shots (it's a cold day where I live, so select the warm drink of your preference. Mine's Sake):

Freedom! Or at least steps in the right direction.

This tweet should be required reading, and the photo attached (seen here) required in every classroom in America. 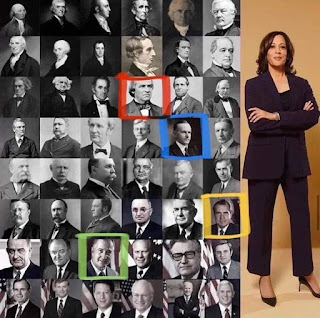 Still lying, after all these years.
Suddenly Fox "News" is against the very thing they were for mere weeks ago.
Yoko Ono's first number 1 single. Predicted by John Lennon.
Ya know, "Onward Christian Soldiers" isn't supposed to be about the US Military.
Getting that railroad back on track.
I have to admit, this is a pretty solid burn.
Addressing the distribution.
And because I love you and because you should see how a Chapman Stick is played by a master, here is the video for the Liquid Tension Experiment track in this week's RFC: